MS MARCO Passage Ranking is a large dataset to train models for information retrieval. It consists of about 500k real search queries from Bing search engine with the relevant text passage that answers the query.

This pages shows how to train models (Cross-Encoder and Sentence Embedding Models) on this dataset so that it can be used for searching text passages given queries (key words, phrases or questions).

If you are interested in how to use these models, see Application - Retrieve & Re-Rank.

There are pre-trained models available, which you can directly use without the need of training your own models. For more information, see: Pretrained Models | Pretrained Cross-Encoders

Cross-Encoder are only suitable for reranking a small set of passages. For retrieval of suitable documents from a large collection, we have to use a bi-encoder. The documents are independently encoded into fixed-sized embeddings. A query is embedded into the same vector space. Relevant documents can then be found by using dot-product. 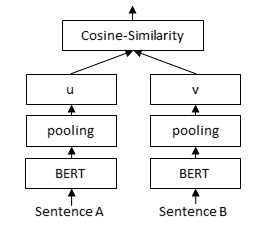 There are two strategies to train an bi-encoder on the MS MARCO dataset:

To further improve the training, we use in-batch negatives: 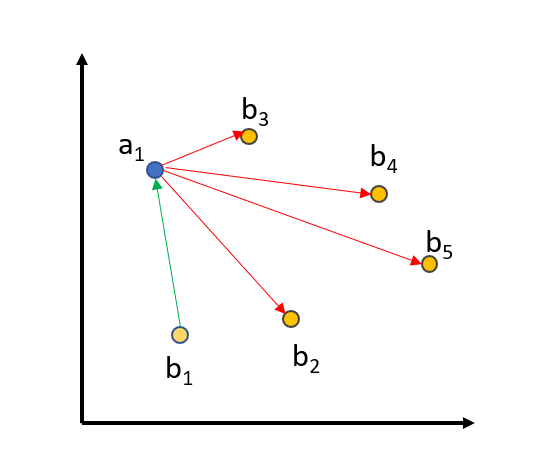 One way to improve training is to choose really good negatives, also know as hard negative: The negative should look really similar to the positive passage, but it should not be relevant to the query.

We find these hard negatives in the following way: We use existing retrieval systems (e.g. lexical search and other bi-encoder retrieval systems), and for each query we find the most relevant passages. We then use a powerful Cross-Encoder to score the found (query, passage) pairs. We provide scores for 160 million such pairs in our msmarco-hard-negatives dataset.

For MultipleNegativesRankingLoss, we must ensure that in the triplet (query, positive_passage, negative_passage) that the negative_passage is actually not relevant for the query. The MS MARCO dataset is sadly highly redundant, and even though that there is on average only one passage marked as relevant for a query, it actually contains many passages that humans would consider as relevant. We must ensure that these passages are not passed as negatives: We do this by ensuring a certain threshold in the CrossEncoder scores between the relevant passages and the mined hard negative. By default, we set a threshold of 3: If the (query, positive_passage) gets a score of 9 from the CrossEncoder, than we will only consider negatives with a score below 6 from the CrossEncoder. This threshold ensures that we actually use negatives in our triplets.

An advantage of MarginMSELoss compared to MultipleNegativesRankingLoss is that we don’t require a positive and negative passage. As mentioned before, MS MARCO is redundant, and many passages contain the same or similar content. With MarginMSELoss, we can train on two relevant passages without issues: In that case, the CE_distance will be smaller and we expect that our bi-encoder also puts both passages closer in the vector space.

And disadvantage of MarginMSELoss is the slower training time: We need way more epochs to get good results. In MultipleNegativesRankingLoss, with a batch size of 64, we compare one query against 128 passages. With MarginMSELoss, we compare a query only against two passages.

A Cross-Encoder accepts both inputs, the query and the possible relevant passage and returns a score between 0 and 1 how relevant the passage is for the given query. 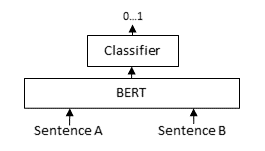 Cross-Encoders are often used for re-ranking: Given a list with possible relevant passages for a query, for example retrieved from BM25 / ElasticSearch, the cross-encoder re-ranks this list so that the most relevant passages are the top of the result list.

To train an cross-encoder on the MS MARCO dataset, see: